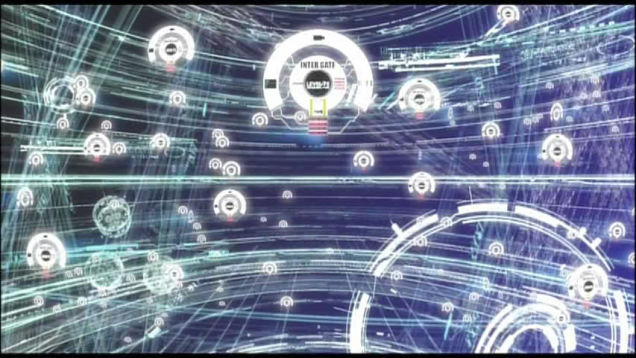 Strangely for Slicer, she returns home exhausted, collapsing onto her bed immediately upon reaching it, and falling into a deep slumber.

When she wakes an hour later – fully rested thanks to her sleep regulator – she is finally able to process her extended experience, and thinks, in stark contrast to her last considerations, that she must take far more care in Foundations going forward. Overconfidence is a slow, and insidious killer, and she knows that she must take care to watch for it. Enabling her EARRS system through her deck and dropping into VR, she slowly walks towards the window and jerkily lights a cigarette as she processes her experiences in files

She had been hired to work alongside the decker – whom she discovered was, in fact, a technomancer – that she had once dived with before for what had seemed a simple and straightforward task but which she was soon to learn was anything but. Their employer, an old woman who met them in an abandoned bookstore, had asked for data to be retrieved from the Archive of a museum host. She had thought it trivial, and accepted with little concern.

She should have known nothing was as it seemed from the Host’s external configuration – highly, highly unusual in terms of attributes. But she had barreled ahead anyway, and along with Milady – the technomancer – had found the Foundation entrance, represented by an oddly stark elevator concealed within a disused tent within the Host’s museum playground sculpt. She had thought herself prepared as the elevator descended and Milady drifted away, pulled by the Resonance. But she was wrong.

The first intimation of this was the hallway she found herself in, and the voice over the speakers telling her that she was in a museum for unnatural history. The hallways were winding and confusing, many going in no clear direction, and there were areas that seemed to be of no clear use everywhere. A brief respite was only earned when she entered a large amphitheater with a pool that she observed a program tossing another into. The screams told her it was clearly the maw of a Xenosapient, and the feeling of dread told her she was in the Null node.

She learned quickly that, in any room which contained such an item, or an exhibit of some kind, decontamination was required, in order to avoid maligning the paradigm, and attempting to follow the program that had dumped the other (and, thus, potentially the data itself), was fortunate enough to bump into Milady, at which point they progressed and reached a chamber containing a high security door in one direction and a clearly manipulated data program in the other, which they recognized, in short order, as the security and scaffolding nodes.

A short jaunt by milady revealed a major xenosapient presence in the Security node, and as Slicer herself had found the Master node – represented by a keyboard. Together, they had elevated their access levels, both in the clothing they wore and in the tattoos they bore, and after acquiring a map – which revealed the true extent of deviation of the paradigm’s physical conformation from that expected and without which Slicer was sure she would never have returned – they moved towards the Archive.

Unfortunately, however, the paradigm demanded that all within it perform jobs, and while Milady recieved one closer to their eventual goal, Slicer herself had had to head in the opposite direction. And that was where it happened. She walked up to a door without proper decontamination, and as it opened – immediately and without warning, thanks to her high clearance – she was sprayed with a gas. And forgot everything, apart from the job she was to do. Milafy managed, after a short moment, to remind her of her true self, but the paradigm reacted violently to such a deviation, and she had known she was on a timer.

As the lights dimmed and the creatures began to emerge from the walls, she completed her job, avoiding the enormous – and dangerous – guardian of the foundation as she managed to reach the Master node and reset her own variance along with that of Milady – and a third persona that she had, for some unfathomable reason, rescued from a locked cell. The paradigm had not liked that – not one bit – but thanks to their elevated clearance, it had not overmuch minded when they shepherded her towards the Archive. There, she herself was just able to retrieve the files needed after several close failures but, in doing so, had pushed her variance to the limit, and as alarms rang out the speakers made it clear – troubleshooters had entered in chase.

The three of them had fled, doing their best to jam and obstruct doors behind them, but at the end had had to choose which of two doors that led to the Portal contained the decontamination trunk. She had drawn bad luck, and as Milady had screamed at her as to their immediate goal, the paradigm visibly heaved, and it seemed as if the walls and floors themselves were disintegrating entirely. Milady had exited first, and she had had to work, over several failures, to get the girl out as well.

By the time she herself managed the exit action, the room had almost entirely broken down, and two figures had finally entered – agents in dark suits, carrying sledgehammers dripping with malicious code. She still remembered the looks of utter rage on their face as she passed through the Portal, and knew, absolutely, that another moment there would have been death.

Back in the real world, she had castigated Milady – only slightly – for risking themselves with that woman, whomever she was other than clearly an item of great interest to the Foundation’s true owners. Her payment had come through shortly after, and that was that. Milady had gone to warn the woman at the bookstore of potential danger, but that crusade was her own.

A payday, yes, but an even more important lesson. She was a very proficient matrix operative, yes, but there was always someone and something much bigger than she out there, and she needed to be aware of this. Tamanous had, many years past, made it very clear that second chances were not something that existed within their sphere of operations.

And now the matrix had as well.