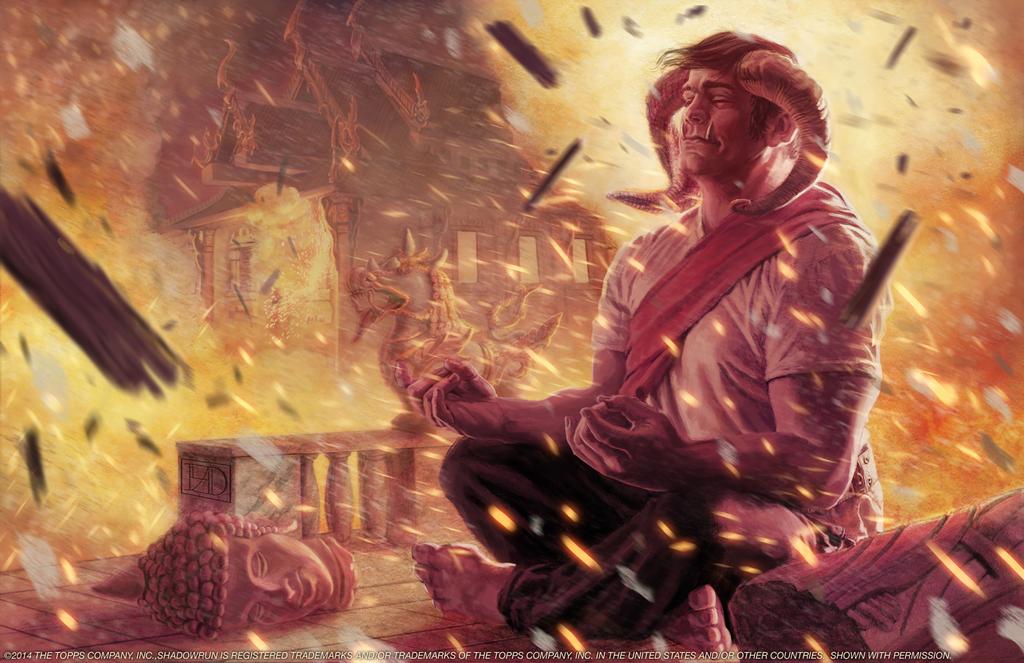 <<The Emerald City Local Trid fades from standard afternoon programming on the 30th. A smoldering wreck of a building burns brightly in the background. A young, determined, decidedly human-looking reporter is dressed in the traditional Zoe Armored fall collection, with AR highlights matching her emerald green hair. Annie saunters through what looks like a Demilitarized zone as three drones bearing lights and Trid cameras bob and weave, catching trideo of her on-site.>>

“I’m live in Bellevue, and as you can see, the Halloweeners are at it again, and this year they have gotten started early.”

“There is nowhere in the world like Seattle, and I am not just talking about the active volcano, the unique weather, or our status as an independent city-state of the UCAS.”

<<A trid crawler pops up and details Seattle's unique geopolitical status as Annie continues into a stabilizing hover drone.>>

“We are known for so many of the beautifully presented facets of our identity here in Seattle that we forget the blemishes that sit at the very core of the Emerald City’s culture. There are times that it becomes so commonplace, a factor of life that one can almost forget that Seattle has been terrorized for decades by the creatively named and delightfully festooned gangs of hyperviolent sociopaths that rove the barrens of our fair city at all hours of the day and night.”

“While dozens, possibly hundreds of BTL dealing, thrill killing, road-raging examples of the famous Seattle gang set are conjured to the mind’s eye. None, however, come to mind quite like the legendary Halloweeners. Known for their bright orange and black uniforms and flaming skull iconography, the Halloweeners have spent decades terrorizing the Seattle Metroplex year-round, but the October crime waves they have unleashed in the years since current leader Nightmare took over the gang have become increasingly terrifying.“

<<The trid images flash through several rotating images, links, and past newscasts of Halloweener mayhem and violence from the late 2040s to current.>>

“Since their reformation in the mid-2060s, the ‘Weeners have become expert vandals, arsonists and known for some of the most flashy and psychotic crimes in the ‘plex. In the past decade under Nightmare’s leadership, the gang has built themselves up to bigger, better, and more terrifying than ever before. Tonight’s attack on Wade’s Westside Guns in Bellevue is a strong indicator of just how bold to expect the Halloweener attacks to be this October. Stay safe, Seattle, and if you see a flaming pumpkin, you may want to take cover!”

(Emerald City News does not officially acknowledge any known threat regarding Mt. Rainier and is partnered with our friends at Knight Errant to give you up to the minute information on any regional geological activity. Emerald City News is not responsible for anyone taking cover, or not taking cover, in the event of a Gang attack.)